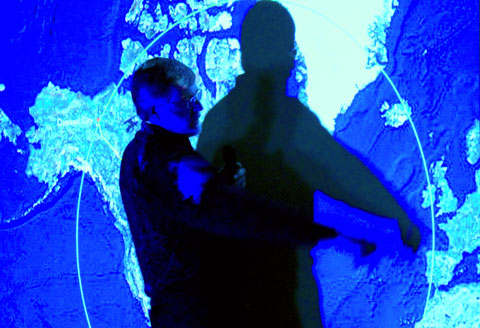 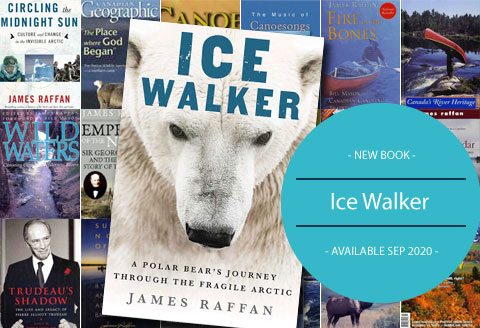 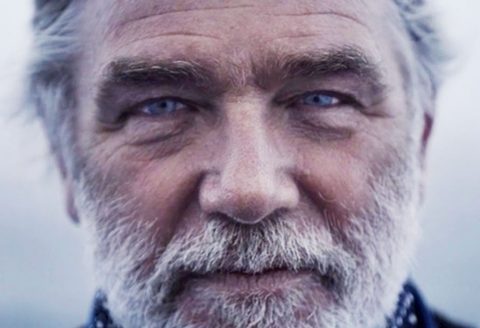 In 2020, James was named by Canadian Geographic as one of the “90 most influential explorers in the nation’s recorded history.”

As the son of Scottish midwife and an English Surgeon-Lieutenant in the Royal Navy who emigrated to Canada in the early 50s (flipping a coin to decide if they would go west to Montreal or south to Johannesburg), James has spent his life exploring the country of which he is an accidental citizen. In doing so, he has travelled to more parts of the country by more means of conveyance—from snowshoes and bare feet to skis, dog sleds, canoes, snowmobiles, sailboats and nuclear-powered icebreakers—than almost anyone else on the planet. And along the way, he has woven stories about the places he has travelled and the people he has met along the way into books and articles, films and television programs, blogs and radio documentaries, becoming a much sought after speaker, storyteller and public presenter.

Recognized for his community activism and volunteerism, he is a Fellow International of the Explorers Club, Past Chair of the Arctic Institute of North America as well as a Fellow and Past Governor of the Royal Canadian Geographical Society, service for which has been awarded many honours including Canada’s Meritorious Service Medal and an honorary Doctor of Laws from the University of Guelph.

James Raffan has a long and impressive resume, but if you were to boil it down to a couple of words, you might describe him as a canoe evangelist.

“If you want to learn about this country called Canada, you need to have facility in a canoe,” he says. “The kayak, the umiak, the big dugouts on the west coast are this incredible portal into the essence of the nation.”

Inside an Explorer’s Arctic Journal | Delighted to be starting a six-part webinar series called Inside an Explorer’s Arctic Journal for my friends at Adventure Canada.
Episode 1: “Circling the Midnight Sun” is based on his book by the same title, which will take you on a rollicking around the world at the Arctic Circle with Dr. James Raffan. You will learn about the critical connection between cultural change and global warming. When you register for each episode you can link at the time the presentation is being premiered or, following the completion of the talk, registrants will be sent a link to the video of the talk so that you can watch or re-watch on your own schedule. It’s free. It’s fun. There will be opportunities for Q&A and there are things you can win by participating including credits on future Adventure Canada trips.

The Three Tenors of Stoney Lake | Among the fun pandemic pivot projects that have appeared in the gig vacuum created by Covid-19, was helping my sister, Helen Batten, who is the Musical Director of St. Peters Church on-the-Rock in Stoney Lake, to record enough preludes, postludes and hymns for a dozen planned virtual church services throughout the summer.  At the last minute, before we loaded Helen’s boat to head to the island to set up to record, she realized that the church was still all closed up for winter.  So she sent a Hail Mary (can non-Catholics do that???) email to two nearby volunteer/parishioners, Wade Strickland and Anthony Whittington, who came and helped (everyone social distancing, of course) but when they got the drift of what we were doing musically, they just had to sing a few hymns. Turns out the maintenance lads both had wonderful voices.  The result is this fun little “viral” video.

Two Breaths | Very proud of this collaborative project that arose out of a workshop that the inimitable Dominique Souris (Co-Founder and Executive Director of Youth Climate Lab) and I cohosted in the summer of 2019 with youth on Students on Ice 2019 Arctic Expedition. With thanks to the SOI media team for taking a bunch of words scrawled on paper at the toe of the Croker Bay Glacier on Devon Island and turned them (poof!) into a affecting short film that opened climate talks in New York City in the fall of 2019.

The Canoe | Working with a very fine young filmmaker called Goh Iromoto to make this cinematically sumptuous celebration of our nation of rivers was an absolute delight. But it definitely had its moment of struggle, especially when it came to writing the script and articulating what it is, or why it is that canoes are so much a part of the Canadian experience. Goh, being a canny operator, took a good look at what I’d written and then, sitting in our front room here in Seeley’s Bay, one bright spring morning just started asking me questions based on the script, forcing me to abandon any notion of reading and just speak from the heart. The result of that is captured in this trailer for the longer film. This kind of creative collaboration with words and images stitched together with ideas and music is a joy and a privilege

See a complete list of projects and events for James Raffan

Book James as a speaker

The magic of James Raffan’s presentations is his unique blend of insight, experience and erudition, usually sprinkled with with humour, always stirring emotions.   He curates his presentations from a trove of immediate first-hand stories drawn from a lifetime of exploration, always spun with surprising sounds and spectacular images he’s collected along the way. James will introduce you to voices you’ve never heard or places you’ve never been, or show you things you’ve never seen in familiar locales.  He’ll teach you about the world.  He’ll teach you about nature and human nature.  And he’ll leave you thinking, smiling, feeling informed and empowered but always with questions about how you might engage more fully in personal growth, community building, or making the world a better place.

A recent client said this:

“As the organizer of the series, I can say it was always a pleasure to work with James, he was always calm, always prepared, always flexible, and always entertaining.  He paces his presentations perfectly, not too long, not too short, using accessible and articulate language. He was probably the most low-maintenance ‘talent’ I have ever encountered.”