You are here: Home / About James Raffan

There’s a rumour afoot that James Raffan was born in a canoe on the Speed River in in southwestern Ontario.

As much as James would like to believe that, his mother has trouble with some of those details. Truth be told James, a first generation Canadian, son of a midwife and artist from the North of Scotland and a Yorkshire physician, was born in St. Joseph’s Hospital in Guelph, Ontario and was reborn in a canoe on the mighty Speed River, in the sense that his worldview changed the first time he paddled a real canoe, near his home on the edge of Riverside Park in Guelph. And from that moment on, the light of his lamp has been lit by self-propelled motion to discover and comprehend the length and breadth of the country that his parents chose over Australia and South Africa as a place to emigrate and start afresh following WWII.

A boyhood of loving and learning about natural history wherever wild things might be found led to studies in Biology at Queen’s University. Leadership training at the Guelph YMCA and through Boy Scouts and summer camp led to interests in teaching and canoe trip leading that in turn led to expeditions of greater scope, work for Black Feather Wilderness Adventures as a guide throughout Northern Canada, and eventually, for a few years, to an honest to goodness job as a high school teacher of science, math, geography and music. Particular interest in outdoor and experiential education led him back to graduate study at Queen’s University which, in turn, led to a doctorate in cultural geography, and nearly 20 years as a member and eventually head of the Outdoor & Experiential Education Unit at Queen’s Faculty of Education.

In the spring of 1999, James resigned from his university teaching position and since then has been working as an independent writer and scholar from his home in the Rideau Lakes north of Kingston, Ontario. He continues to organize and participate in a variety of annual expeditions and adventures related to his writing and research interests but also to keep his hand in as a teacher and expedition leader. Along the way, James has spoken across Canada and around the world and published a number of bestselling books, including Summer North of Sixty, Rendezvous with the Wild, Tumblehome, Fire in the Bones, Emperor of the North and Circling the Midnight Sun. He has also written for National Geographic, Canadian Geographic, Up Here, Explore and the Globe and Mail and produced radio and television documentaries for CBC Radio and the Discovery Channel.

His most recent book, published in September 2020 by Simon and Schuster Canada, is called Ice Walker. This is vintage Raffan storytelling but it’s different than previous books insofar as it’s a portrait of humanity’s relationship with nature but as cast in twenty-four months in the life of a female polar bear on Hudson Bay.

“I have never felt as intimate with another animal as I have with Raffan’s polar bear, Nanu. Raffan evokes her world – on land and ice, hunting, hibernating, giving birth, and raising cubs – with a sensory vocabulary that combines science and poetry to powerful effect. In so doing, Raffan initiates us into “bearness”, putting us, not just inside Nanu’s den but, almost literally, under her skin, where we become deeply invested in her life and fate, which is unavoidably linked to our own.” John Vaillant, award-winning author of The Golden Spruce and The Tiger.

“For most of my life, I have read stories of animals, stories that possibly made me who I am. My heroes have been the likes of Ernest Thompson Seton, who was able to get inside the skin of other creatures without anthropomorphizing. James Raffan’s Ice Walker is a worthy member of that tradition. As he captures the smells, sounds and feel of the Arctic, we become engaged and travel with Nanu and share her world. We care about her, her cubs, and her environment and end up wanting to protect those all the more. This book is important reading!” Robert Bateman, Canadian artist, naturalist and bestselling author of Life Sketches and Robert Bateman’s Canada

“James Raffan is that marvelous amalgam: the soul of a poet, the stage-presence of a born raconteur, and the painstaking accuracy of a professional historian.  When he makes a presentation his photos captivate you, taking you to another time and place. He interweaves imagery, music, and storytelling in a way that is engaging, entertaining, and in a wonderful way quite educational. He has the relaxed stage presence of an experienced entertainer and leaves the audience always wanting one-more-story. (When you were a kid, he would have been your favourite uncle.)  James’ artistic vision is very wide – he was the artistic director of the CanoeSongs 1 and 2 albums, which are iconic encapsulations of the Canadian North, as well as many books. His audiences always end up captured by The Lure of Faraway Places—one of his very own titles. Yet as a historian his works are resources of considerable value, much-quoted and recognized for their informed understanding of the Canadian North.  An evening with James Raffan is one to treasure. You just might learn something, and you’re guaranteed to enjoy it.” Dave Hadfield, singer/songwriter, retired Air Canada Captain.

And here is a brief bio in Russian. 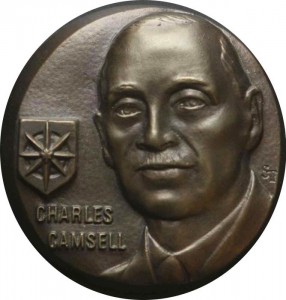