North America’s Most Famous Canoeist: Paddle to the Sea

You are here: Home / North America's Most Famous Canoeist: Paddle to the Sea 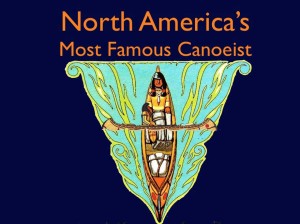 Holling Clancy Holling’s 1942 classic children’s book character, the little carved Indian in a canoe called “Paddle to the Sea,” captivated generations of readers, including Canadian filmmaker, Bill Mason, who went on to make a movie about Paddle that became the most requested film in the history of the National Film Board of Canada.  “Canada is a nation of rivers,” says James Raffan, “and, as such, it is also a nation of canoe.  And nothing captures that essence and the fascination of paddlers throughout North America more than Paddle to the Sea.”   Drawing from his extensive research into the life and times of Bill Mason, and his encyclopedic knowledge of canoes and canoeing in Canada, James tells the story of North America’s most famous canoeist in the most unique and engaging way.