The Grail of Character: Wither risk and adventure

You are here: Home / The Grail of Character: Wither risk and adventure 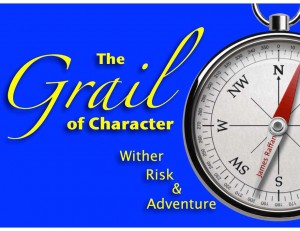 Back in 1909 when educational philosopher Thomas James lamented that the “bracing oxygen of effort” had been surreptitiously removed from education and called for “The Moral Equivalent of War” to compel youth to rise to the challenges of the day with character and aplomb.  Although the term “character education” has faded in and out of favour since that time, risk and adventure have always been part of the educational infrastructure devoted to the development of courage, persistence … character … and what German philosopher Novalis called “a perfectly educated will.”  James explores the whole idea of character education in light of its history and particularly through the case of St. John’s School in Canada and the educational culture and circumstances that led to the 1978 tragedy on Lake Temiskaming in which 12 boys and a young master died on a school canoe trip.